Canadian Advanced Digital Ionosonde (CADI) is a modern digital ionosonde. An ionosonde is special radar for studying the ionoised part of the Earth’s upper atmosphere (ionosphere). Ionosonde works on the principle of reflection of radiowaves. 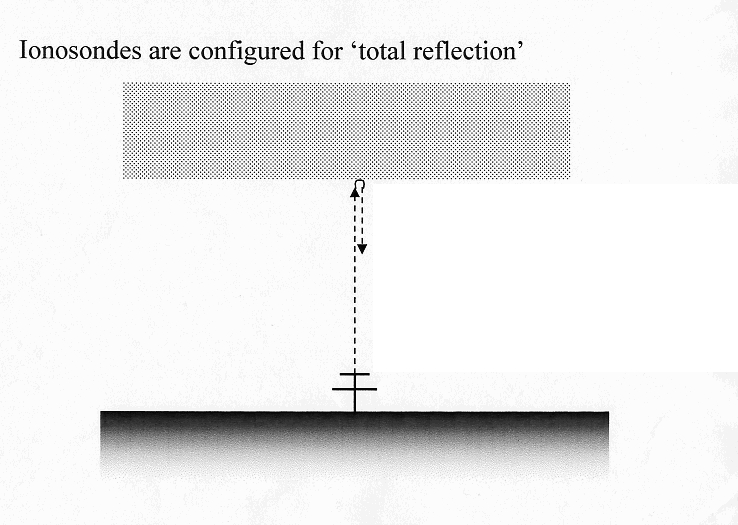 The path of a radio wave is affected by any free charges in the medium through which it is travelling. The refractive index is governed by the electron concentration and the magnetic field of the medium and the frequency and polarisation of the transmitted wave. These lead to some important properties for waves propagating in the ionosphere;

The ionisation in the atmosphere is in the form of several horizontal layers, and so the electron concentration and therefore the refractive index of the ionosphere vary with height. By broadcasting a range of frequencies and measuring the time it takes for each frequency to be reflected, it is possible to estimate the concentration and height of each layer of ionisation.

An ionosonde broadcasts a sweep of frequencies, usually in the range of 0.1 to 30 MHz. As the frequency increases, each wave is refracted less by the ionisation in the layer, and so each penetrates further before it is reflected. The sweep frequency record produced by an ionosonde is called ionogram. 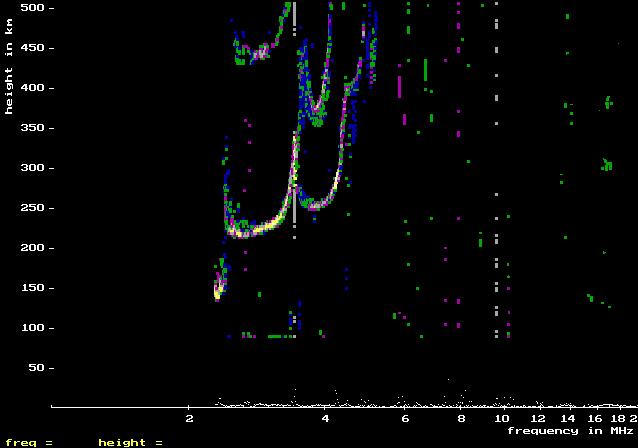 An example of CADI ionogram

As a wave approaches the reflection point, its group velocity approaches zero and this increases the time-of-flight of the signal. Eventually, a frequency is reached that enables the wave to penetrate the layer without being reflected. For ordinary mode waves, this occurs when the transmitted frequency just exceeds the peak plasma frequency of the layer. In the case of the extraordinary wave, the magnetic field has an additional effect, and reflection occurs at a frequency that is higher than the ordinary wave by half the electron gyrofrequency.

Here F-c is the critical frequency in Hz, Ne is the electron concentration per metre cubed, B is the magnetic field strength, e is the charge on an electron and m is the mass of an electron.

All transmitted frequencies above this critical frequency will penetrate the layer without being reflected. Their group velocity, however, will be slowed by any ionisation, and this will add to the time-of-flight. If such a wave encounters another layer whose plasma frequency is higher than the frequency of the wave, it will be reflected, and the return signal will be further delayed as it travels back through the underlying ionisation. The apparent or virtual height indicated by this time delay will therefore be greater than the true height. The difference between true-height and virtual height is governed by the amount of ionisation that the wave has passed through.

Canadian Advanced Digital Ionosonde consists of a transmitter, four receivers, and the antenna system. The transmitter antenna is a delta antenna, and the receiver antenna array consists of four dipoles arranged as a square. 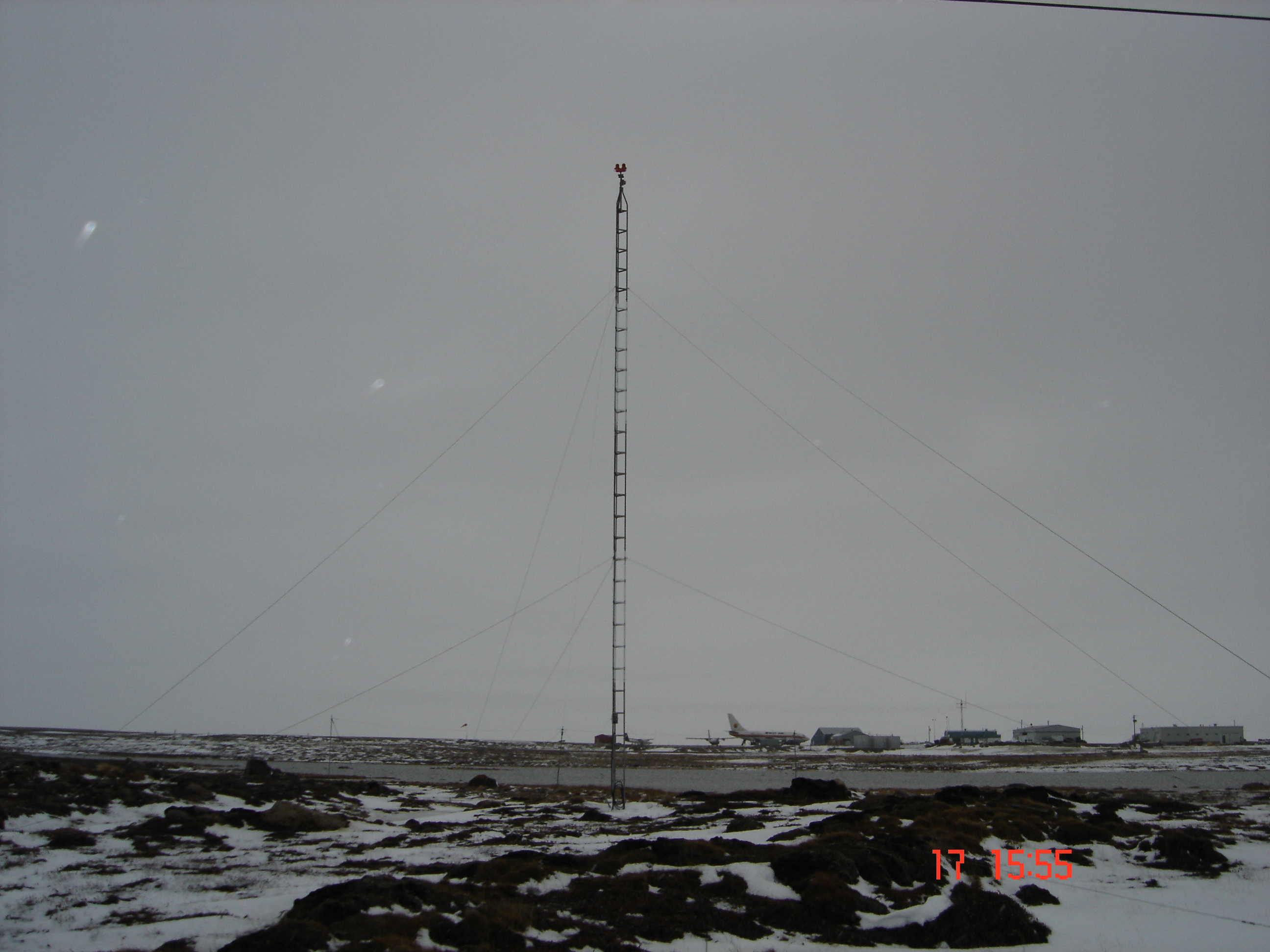 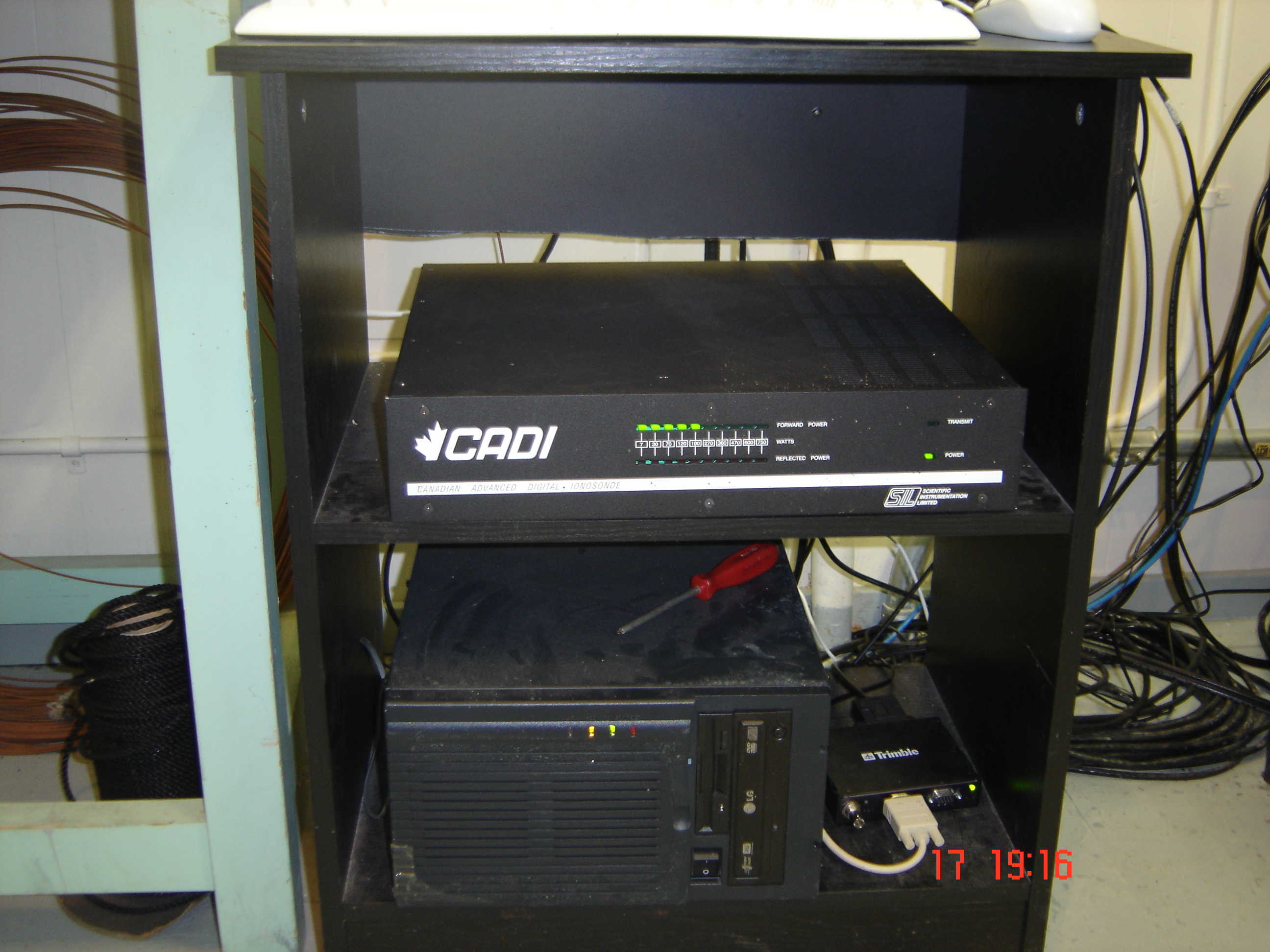 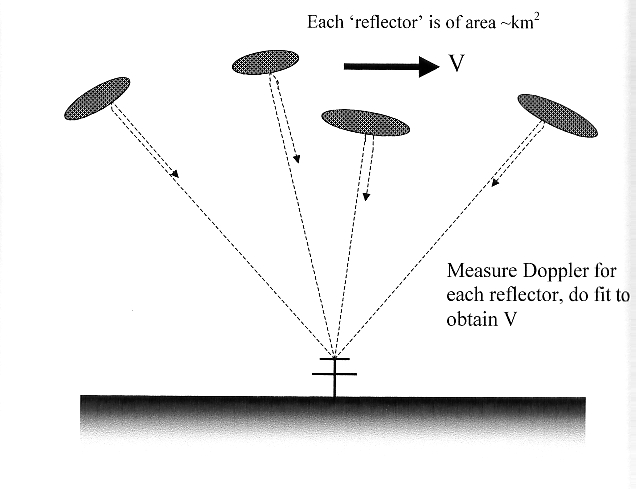 Measure Doppler for each reflector 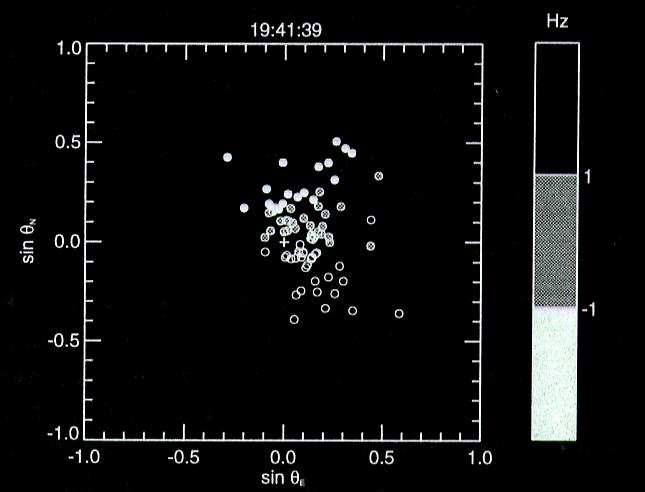 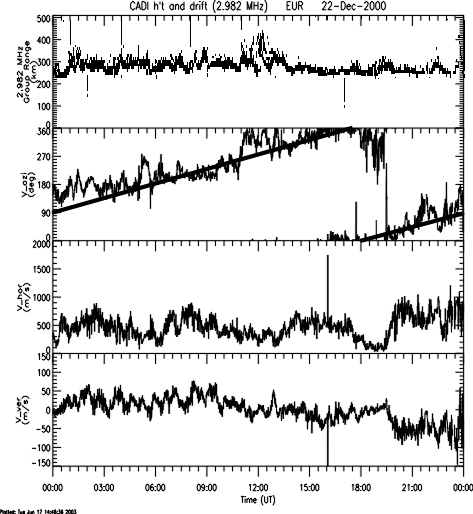 An examples of 24 hours drift measurment at Eureka

Drift measurements above show the direction and magnitude of the convection, along with vertical drift, for one full day for Eureka (a station inside the polar cap). Convection azimuth shows antisunward convection, the pattern in the drift direction is due to the rotation of the station under the large scale convection pattern (as shown below). Location of Eureka is marked with a red dot. 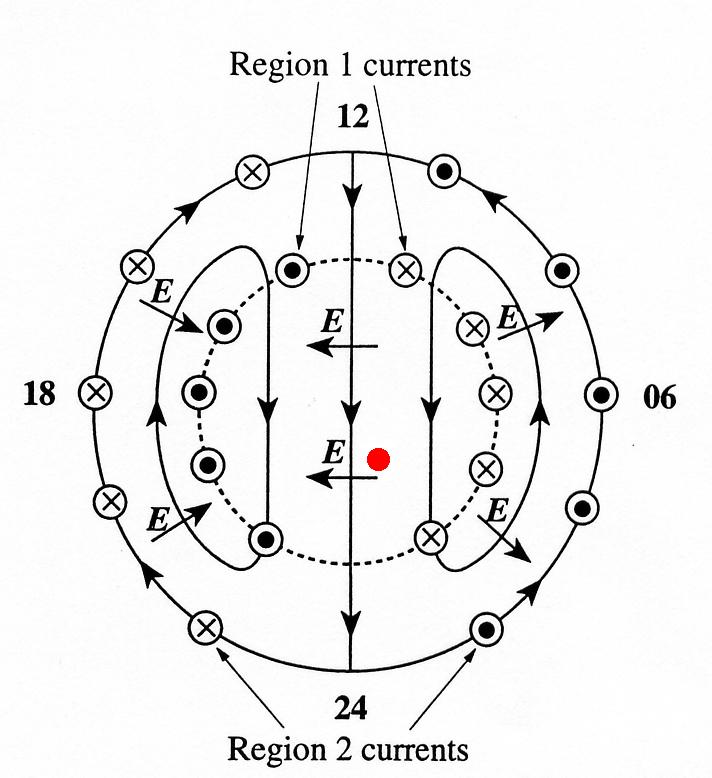